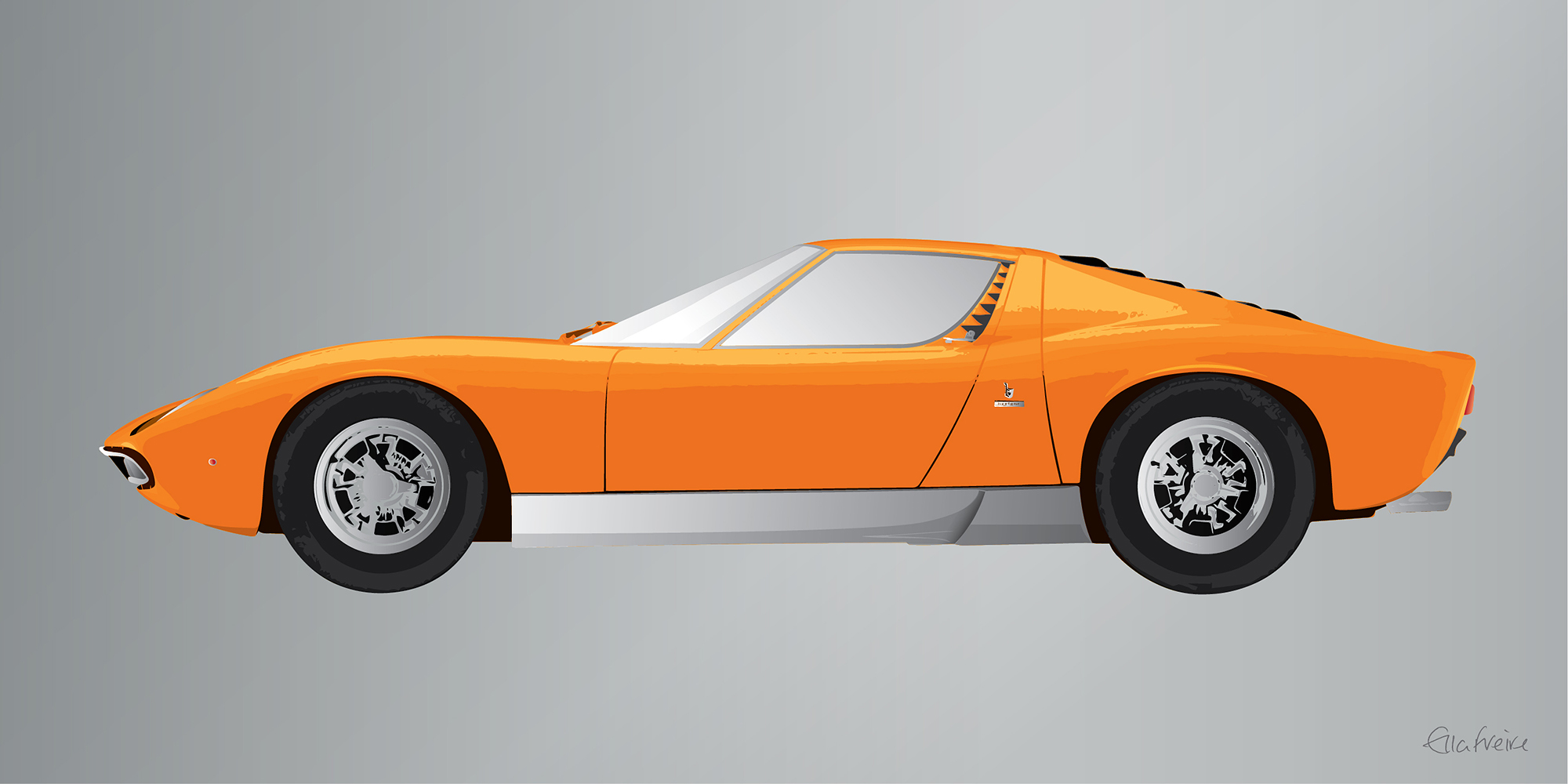 This year marks the 50th Anniversary of one of the most iconic supercars, the Lamborghini Miura. Built as a prototype the car was launched at the Geneva Motor Show in 1966, only 3 years after the foundation of Lamborghini. It received a huge amount of attention and was put in to production a year later. The name ” Miura” is a famous breed of Spanish fighting bull and with this title then came the trademark Lamborghini badge.

The ” Miura” became known world wide in 1969, when it was chosen as the car for the opening seqeunce for the film The Italian Job.

I will be exhibiting my art work, including the Lamborghini Miura at The London Classic Car Show 18th – 21st February