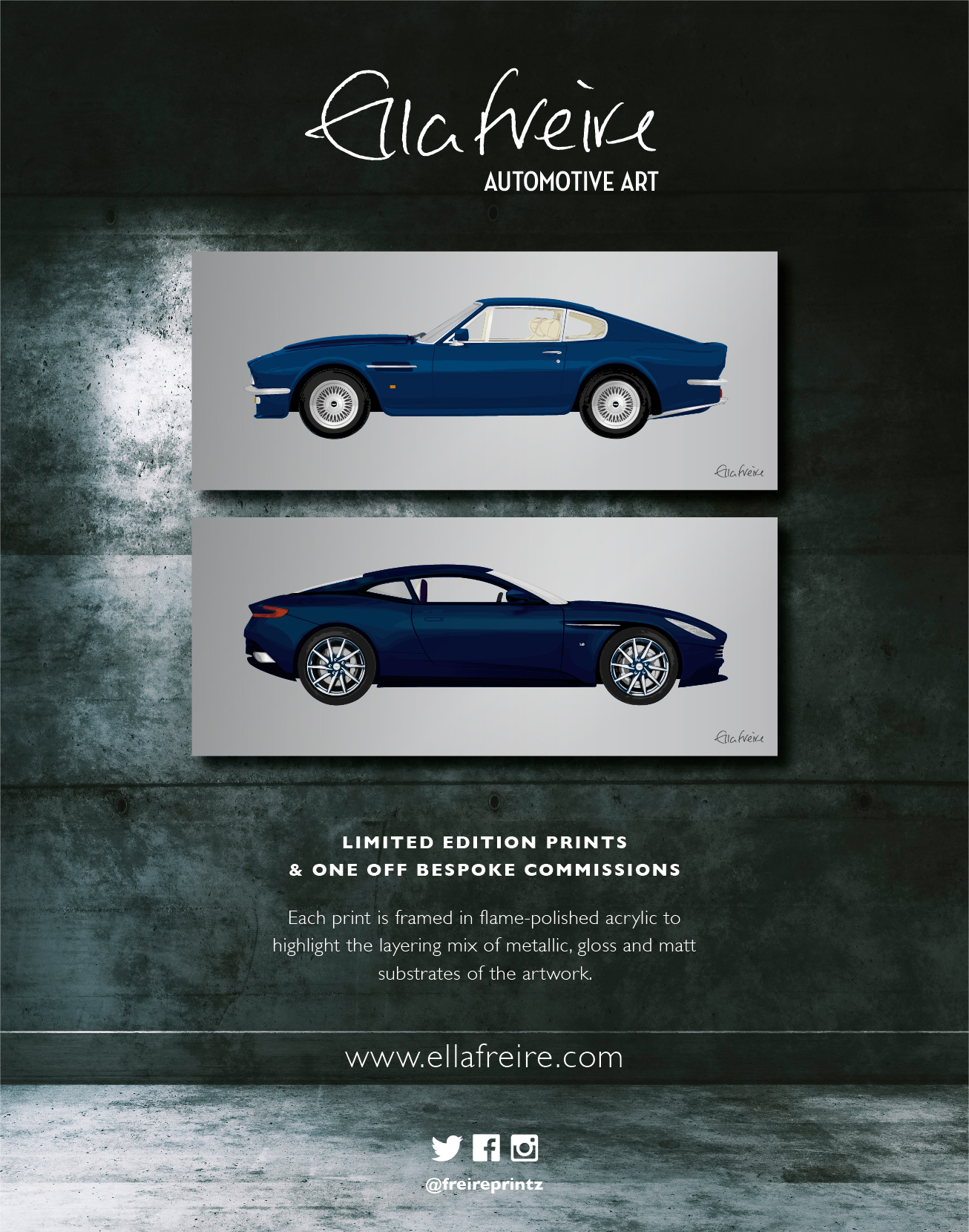 In the Autumn I decided to advertise in the Aston Martin Magazine having been asked by their sales team if I wanted to get involved. My visual advert had to be approved by Aston Martin HQ, before it was even accepted to go in the magazine. I then took out a full page advert and this has been a great success. I have had many enquires and talked to a lot of Aston Martin owners all over the world and have had some really exciting commissions to create one off bespoke pieces of the cars, owned by the readers of the magazine.

I have the classic Aston Martin Vantage X Pack shown here on the advert. This I did for a client who now owns the car and I was able to do a short limited edition run of only 3 in a large size. It originally belonged to Elton John who owned the car from new in the 1970’s. It came originally in Mandarin yellow with a feature stripe painted in the Watford Football club colours at that time. It was then later updated in 1988 at Aston Martin Works  to the X Pack along with other works. He changed the paint colour then to a much more traditional Aston Martin blue with an ivory interior. It then sold through Nicholas Mee a few years ago ,to the current owner. They have had number of his other cars for sale from his collection, that were originally sold by Christies in 2001.

The other here is the Aston Martin DB11, this art work was a one off  bespoke art work of the car for the owner.

Interestingly most of the enquires were for the DB5 or the DBS.  I was commissioned by the new owner of the original DBS car driven by Roger Moore in the television series “The Persuaders”, to create a large 2m artwork in the famous Bahama Yellow paint colour , which now hangs in his office in the City of London. I also did a small limited run of this as well for my collection.

I am currently working on bespoke art work of another Aston Martin Vantage now and it will soon be ready to deliver to the owner who has had the car for 20 years. It is a tricky colour, Kent Green ( Metallic ) which changes colour a lot in the sun and shade! So it has been a challenge.